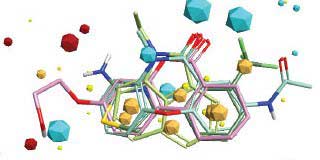 Proteins are the ‘doers’ of the cell. They are huge in number and variety and diverse in structure and function, serving as both the structural building blocks and the functional machinery of the cell. Just about every process in every cell requires specific proteins.

Let us begin by listing some of the basic cellular processes and the role that proteins play.

You will come across many examples in this course of proteins performing the functions outlined above, and the molecular basis for various cellular processes will be examined in some detail. The basic principles of protein structure and function, which are reviewed in this course, are crucial to understanding how proteins perform their various roles.

The huge diversity in the functions of proteins is reflected in the specialisation of these molecules. As you will see in this course, every protein optimally performs a particular job and the key to how it does so is its structure. The refinement of protein structure and optimisation of protein function are driven by evolutionary pressures. Mutations at the DNA level that result in a change in protein structure and function will persist if they enhance survival or are not detrimental to the organism.

Proteins come in as many different shapes and sizes (Figure 1) as they have functions. A broad distinction is made between globular proteins and fibrous proteins. Globular proteins are a particularly diverse group that includes enzymes, receptors and transport proteins, and are characterised by a roughly spherical compact shape. Fibrous proteins are elongated and rod-like (e.g. collagen, represented in (Figure 1) and often have a structural role. Most of the proteins discussed in this course are globular proteins, which reflects both their number and the fact that they lend themselves to structural analysis by X-ray diffraction and NMR. 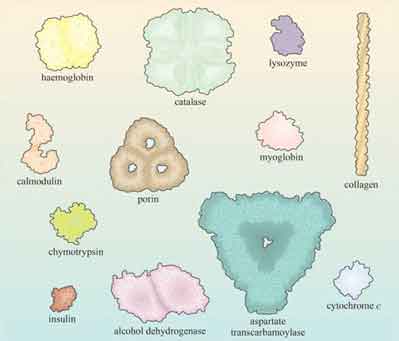 Figure 1 A few of the many different proteins represented in a highly schematic form and according to their relative sizes.

In this course, we will consider aspects of the structure of proteins and illustrate how, through their interactions with other cellular components, they can function as dynamic molecular machines. We will begin by exploring the three-dimensional nature of proteins, reviewing some of their biochemistry and the biophysical rules that determine their structure and studying key structural elements that are common to many proteins. You will encounter these activities as you progress through the course. The relationship between protein structure and function is explored using as examples a variety of different proteins, including enzymes, signalling proteins and transport proteins. All proteins bind other substances, often other proteins or organic molecules or inorganic ions. These interactions are integral to a protein’s function and their specificity and affinity are critically determined by the protein’s structure. This aspect is discussed at some length. The course finishes with a consideration of some of the techniques employed in studying protein–protein interactions.