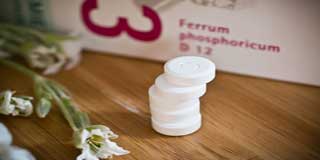 May 17, 2050—You wake up feeling terrible, and you know it’s time to see a doctor. In the office, the physician looks you over, listens to your symptoms, and prescribes a drug. But first, the doctor takes a look at your DNA.

That’s right, your DNA. Researchers predict that the medicines of the future may not only look and work differently than those you take today, but tomorrow’s medicines will be tailored to your genes. In 10 to 20 years, many scientists expect that genetics—the study of how genes influence actions, appearance, and health—will pervade medical treatment. Today, doctors usually give you an “average” dose of a medicine based on your body size and age. In contrast, future medicines may match the chemical needs of your body, as influenced by your genes. Knowing your unique genetic make-up could help your doctor prescribe the right medicine in the amount, to boost its effectiveness and minimize possible side effects.

Along with these so-called pharmacogenetic approaches, many other research directions will help guide the prescribing of medicines. The science of pharmacology—understanding the basics of how our bodies react to medicines and how medicines affect our bodies—is already a vital part of 21st-century research. Chapter 1, “ABCs of Pharmacology,” tracks a medicine’s journey through the body and describes different avenues of pharmacology research today.

Stay tuned for changes in the way you take medicines and in how medicines are discovered and produced. In Chapter 2, “Body, Heal Thyself,” learn how new knowledge about the body’s own molecular machinery is pointing to new drugs. As scientists understand precisely how cells interact in the body, they can tailor medicines to patch gaps in cell communication pathways or halt signaling circuits that are stuck “on,” as in cancer.

Scientists are developing methods to have animals and plants manufacture custom-made medicines and vaccines. Experimental chickens are laying medicine-containing eggs. Researchers are engineering tobacco plants to produce new cancer treatments. Topics in Chapter 3, “Drugs From Nature, Then and Now,” will bring you up to speed on how scientists are looking to nature for a treasure trove of information and resources to manufacture drugs.

Advances in understanding the roots of disease are leading to new ways to package tomorrow’s medicines. Along with biology and chemistry, the engineering and computer sciences are leading us to novel ways of getting drugs where they need to go in the body. Cutting-edge research in drug delivery, discussed in Chapter 4, “Molecules to Medicines,” is advancing progress by helping get drugs to diseased sites and away from healthy cells.

Medicines By Design aims to explain how scientists unravel the many different ways medicines work in the body and how this information guides the hunt for drugs of the future. Pharmacology is a broad discipline encompassing every aspect of the study of drugs, including their discovery and development and the testing of their action in the body.

Much of the most promising pharmacological research going on at universities across the country is sponsored by the National Institute of General Medical Sciences (NIGMS), a component of the National Institutes of Health (NIH), U.S. Department of Health and Human Services. Working at the crossroads of chemistry, genetics, cell biology, physiology, and engineering, pharmacologists are fighting disease in the laboratory and at the bedside.

Note: This course material under Public Domain has been sourced from National Institutes of Health, U.S. Department of Health and Human Services.