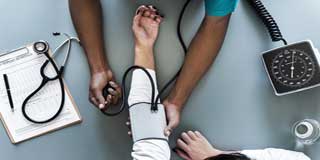 Most people have suffered from influenza (flu) at some time in their lives, so you probably have personal experience or a good idea of the symptoms and progression of the disease. However, influenza is actually one of the world’s most serious diseases. The pandemic of flu that occurred in 1918, immediately following the First World War, is thought to have killed up to 50 million people: many more than died in the war itself. More recently, the 2009 ‘swine flu’ pandemic caused widespread panic across parts of the world, although it resulted in relatively few fatalities.

The following course is a case study of influenza that considers a range of topics such as the nature of the virus itself, its spread, treatment, and diagnosis. There are activities to complete and videos to watch as you work through the text, and a set of self-assessment questions at the end of the course that allow you to judge how well you have understood the course content.

After studying this course, you should be able to: