Polydactyly is the congenital formation of an extra digit (whole or part). Alongside syndactyly, it is the commonest congenital hand abnormality.

The duplication may be pre-axial (radial), i.e. thumb duplication, central (affecting index, middle or ring fingers) or post-axial (ulnar). The little finger is most commonly affected (ulnar polydactyly; inheritance is autosomal dominant) and most prevalent among Afro-Caribbean populations. Ulnar polydactyly is classified into three groups (Stelling, 1963):

Type 1 is very common, usually at the level of the proximal phalanx, and is easily excised under local anaesthesia in the first few weeks of life. Type 2 requires formal resection under general anaesthesia, with partial excision and reconstruction of the MCPJ, metacarpal or little finger phalanx (depending on the articulation of the extra digit). Type 3 is managed with ray amputation and reinsertion of the abductor digiti minimi tendon into the little finger.

Central polydactyly is often accompanied by a range of syndactylies. Such polysyndactylies are frequently seen with HOXD19 mutations and syndromes such as trisomy 13 and Biemond’s. Their anatomy is highly variable and any surgery to excise the central ray must include meticulous dissection of the neurovasculature.

Pre-axial (thumb) polydactyly occurs in 8:100,000 live births. It is usually unilateral and sporadic (with the exception of the triphalangeal thumb). It is described by the Wassel (1969) classification according to the level of duplication:

Both parts of the duplicated thumb are usually hypoplastic, but the radial duplicate tends to be most affected. With unbalanced duplications, it is easier to decide which partner to retain. The more hypoplastic duplicate is excised but elements are salvaged for reconstruction of the retained thumb, such as the MCPJ radial collateral ligament in type IV cases. Realignment of the flexor and extensor tendons is also important, as is bony correction if required.

In more distal balanced duplications, the modified Bilhaut–Cloquet procedure allows the reconstruction of a single larger thumb through combining the inner half of each thumb duplicate. However, this is often complicated by a split nail and limited interphalangeal joint (IPJ) motion and growth. Asymmetrical modifications of this procedure have been described using the entire nail from one duplicate to minimise some cosmetic issues.

In type 7 triphalangeal thumb, an on-top-plasty may be needed to transfer the distal segment of one thumb onto the base of the other with the better MCPJ. Failing that, formal pollicisation may be required. 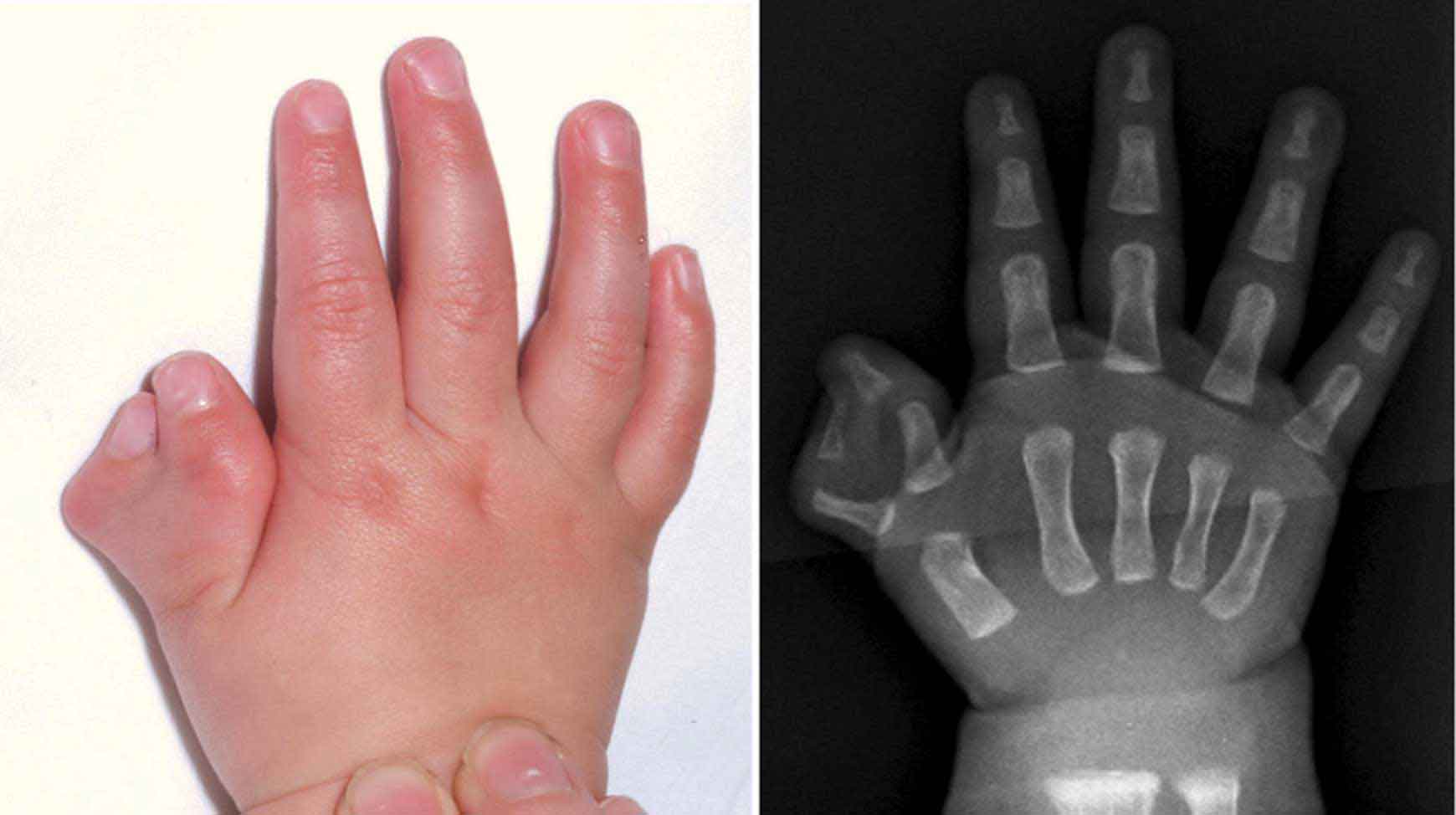