However, protein–protein interactions are not random, as the specific interactions between binding domains and their recognition sites will determine the precise route(s) that a signal transduction pathway will take.

Figure 12 shows a hypothetical signalling cascade, drawn to illustrate how different protein domains have specific functions that result in an ordered network of consecutive protein–protein interactions – in other words, in a signal transduction pathway. Receptor activation by an extracellular signalling molecule leads to the phosphorylation of tyrosine residues on the receptor and of inositol phospholipids on the cytosolic face of the plasma membrane , thereby creating temporary docking sites for an array of SH2- and PH-containing signalling proteins. 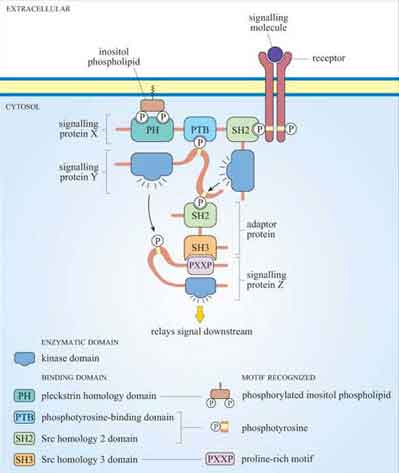 Figure 13 shows the diversity and flexibility of protein-binding domains in some examples of signalling proteins (discussed later in this chapter). 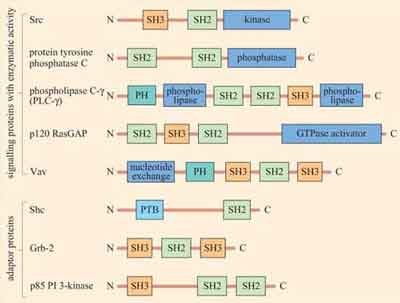 Adaptor proteins contain binding domains (but not enzymatic domains), hence bringing different signalling proteins in close proximity. All the proteins in this figure (with the exception of Vav) are described later in the course.