Most Receptors Are on the Cell Surface 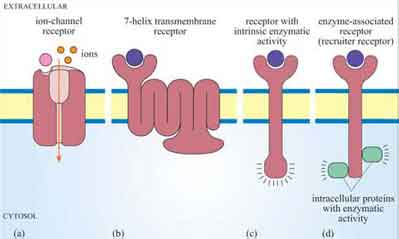